“I would honestly say the Centre has changed my life” 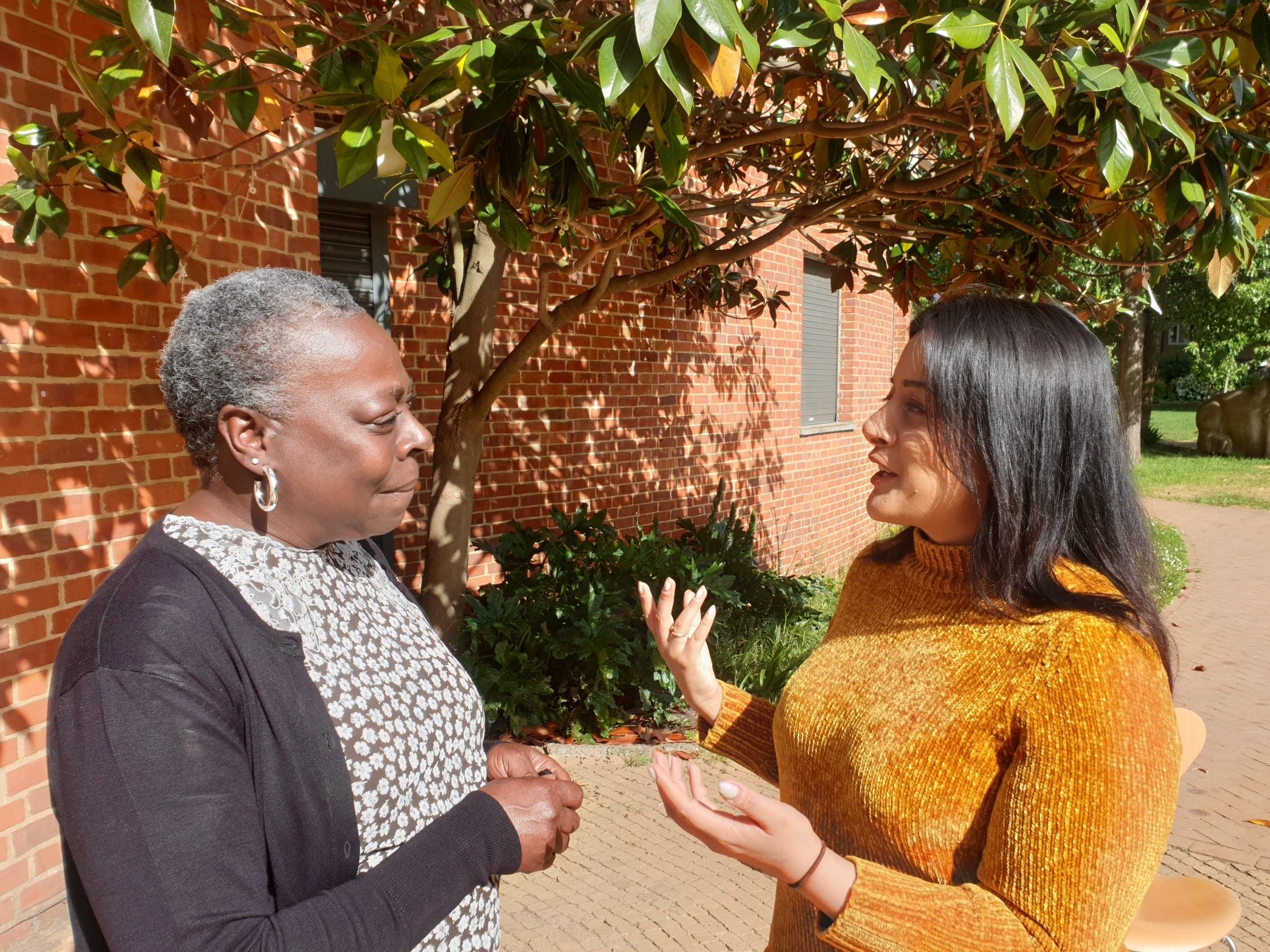 Farah is an engaging and clever young woman who has had to deal with more difficulties in her life than most people encounter in a lifetime. She became a carer at 15, managed a council house at 17 on her own when her brother went to university and she lost her father when she was 18. Despite that she managed to complete her education, gain an art degree and secure employment. More recently, she became bereaved when her step mother died; someone who had cared for Farah until she suffered a stroke 10 years ago. Her birth mother could not be as present due to losing custody when she was young and suffering with health issues.

Farah built a successful career in the art world as a skilled operations manager and appeared to have everything going for her but struggled when she became a victim of domestic abuse. She was able to leave, when the perpetrator was jailed for a short period of time, to rebuild her life.

This was the beginning of a difficult period during which Farah was made redundant from her job, and had to find a new home, all within the background of the COVID pandemic. She was eventually diagnosed with complex PTSD from lifelong trauma and treated for clinical depression and Farah tried desperately to find an ‘answer’ by looking towards holistic and psychological therapies. ‘I started on a downward spiral’ she explained ‘I felt as if I’d lost my whole identity, I did not even recognise myself.’

It was through an application for Universal Credit that Farah was referred to the Centre and she was linked with Leonora from our employability team. Through lockdowns, Farah was supported remotely by Leonora and the pair soon built a bond and only recently enjoyed finally meeting face-to-face.

‘From the beginning I knew I wasn’t being judged and Leonora took time to get to know me and my story. She was so kind and patient’ said Farah.

‘Leonora’s brief was to help me find work but she understood that it was going to take time for me to process recent events before looking for employment and she gave me that space and helped me to apply for benefits whilst I was unable to work.’

Farah was first encouraged and supported to apply for PIP, early in 2021 and was refused twice. ‘The knock-backs felt hard’ she said ‘but Leonora was there to keep me going. On a third attempt we were successful. It’s taken 15 months and the payments will be backdated to the beginning so I’m delighted to receive financial support as I rebuild my life and myself with the support I can now finance for myself.’

Farah has recently secured herself a role as a Visitor Experience Duty Manager at the Serpentine Gallery part time, and will soon be starting a part-time master’s degree in Art Psychotherapy.

Farah says she could not have managed without the Centre’s support but Leonora insists Farah is an amazing woman who simply needed help during a life emergency. ‘Our funding often has a narrow remit to get people into jobs but for many, life is not that clear cut. Farah’s situation shows recovery takes time and patience. There is no doubt, Farah is a woman who now has a very bright future ahead of her’ concludes Leonora.

Employment and skills
Our Employment & Skills Team help you find work and take the next step on your career path. We provide impartial, tailored careers advice and guidance to support people to access part-time and full-time employment.