A personal victory at The London Marathon

Despite an injury, our amazing runner completed the course

Our runner, Gillian O’Riordan completed the London marathon on Sunday 3rd October. She surpassed her financial target and raised almost £3,500 for the Centre in the process.

Gillian was originally aiming to compete in the April 2020 race which was cancelled when Covid struck. The April 2021 race was also postponed and the famous competition finally took place 18 months late.

Despite being a busy teacher, Gillian kept up her training and her fitness throughout the whole period to ensure she remained ready to compete in her fundraising challenge. In the final month leading up to the race, Gillian incurred an injury which halted her training at this crucial stage. Despite all this, she made it to the start line feeling excited but very nervous.

“There was such a buzz at the beginning of the race” she said. “It was really enjoyable up until about mile 15 and then it got tough going! Around Canary Wharf was definitely the toughest mentally and it was just a case of putting one foot in front of the other, no matter how slow that was. I met my amazing support crew for the 3rd time at mile 22 and they ran alongside the path with me right up until almost the end of the race which was so special and definitely gave me the boost I needed! Crossing the finish line was just an incredible feeling! I was exhausted and in pain but so happy! I would do it all over again in a heartbeat. It has been so exciting to smash the target and see people supporting such a wonderful charity.”

You can still donate to the Centre on Gillian’s Virgin Money Giving page. 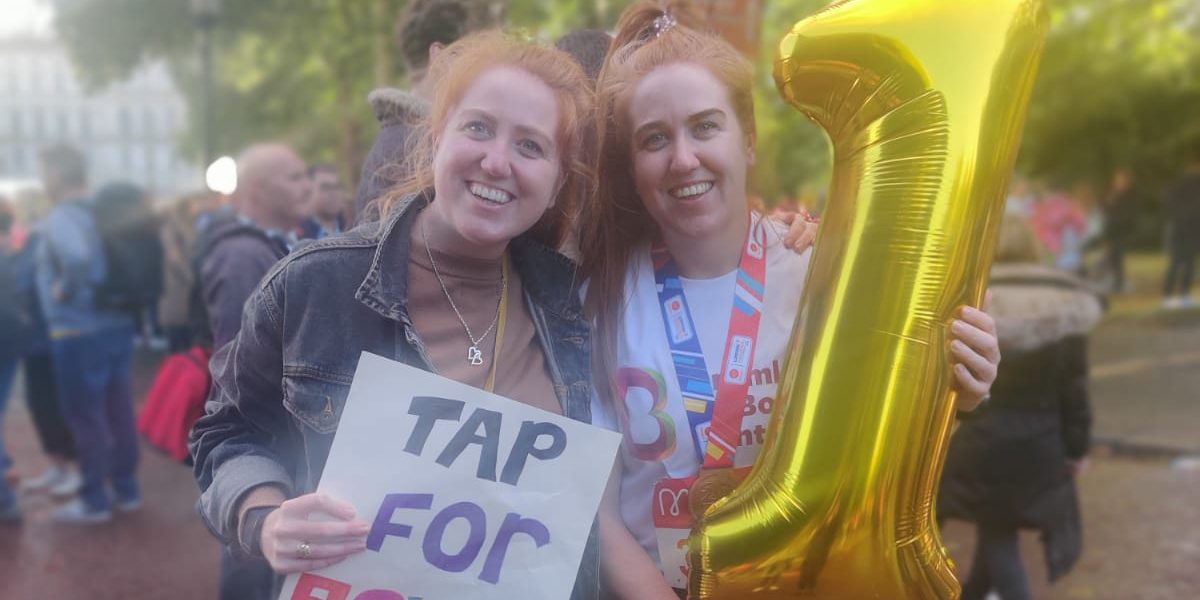 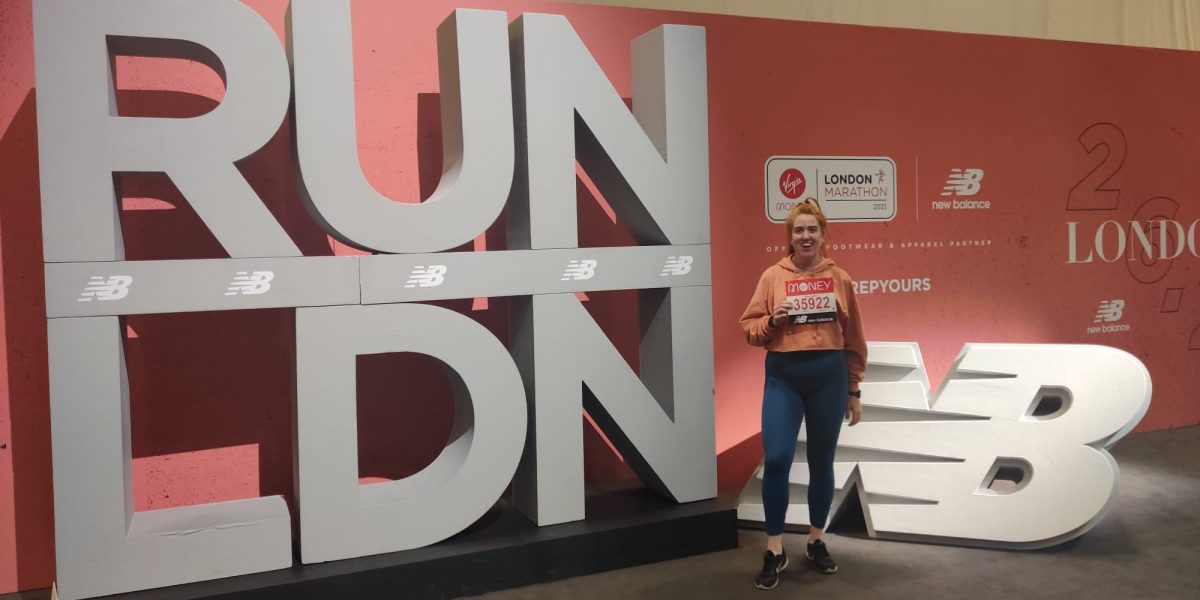 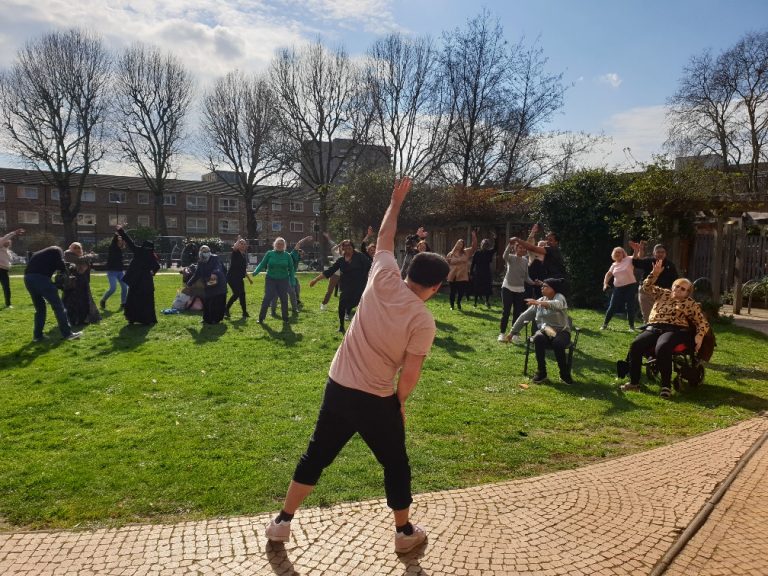 Community events are back!

Our Community Wellbeing and Social Prescribing Week brought the sunshine and lots of people to the Centre. 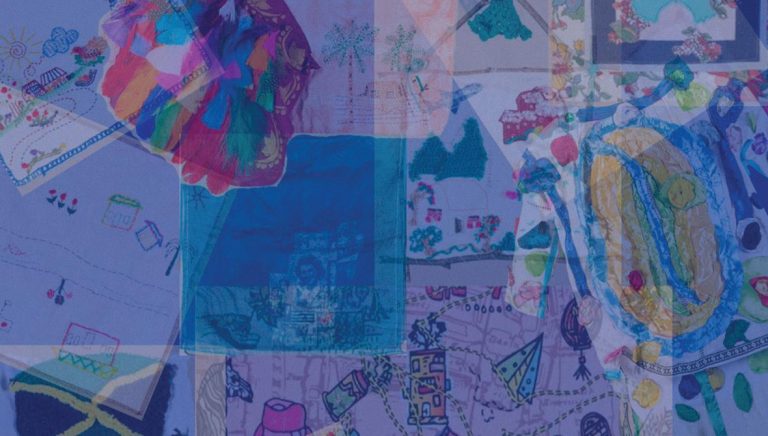 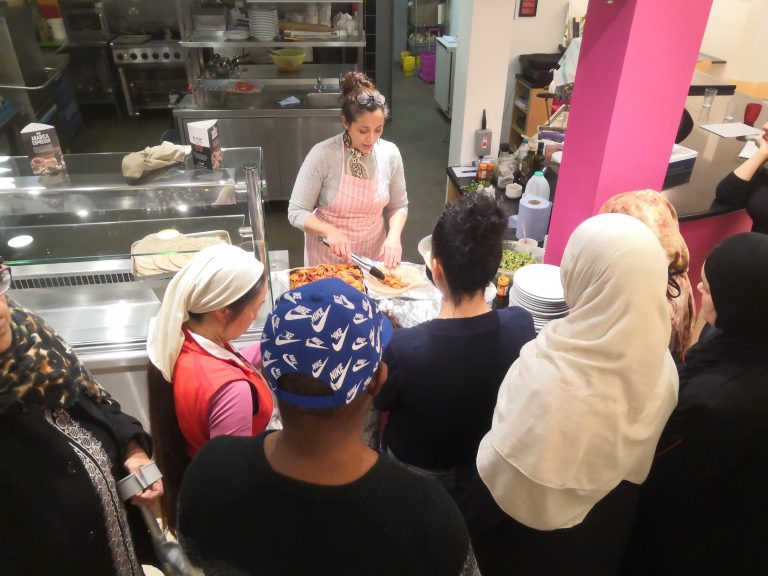 New activities for people with disabilities

Join our fun activities including Pilates and cookery for people with disabilities and their carers. 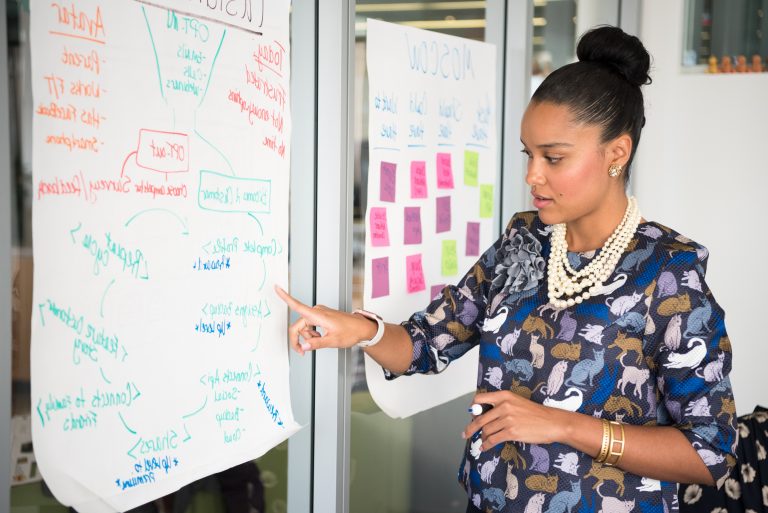 New skills training programme starts May will give you skills for life.