BBBC at the BBC 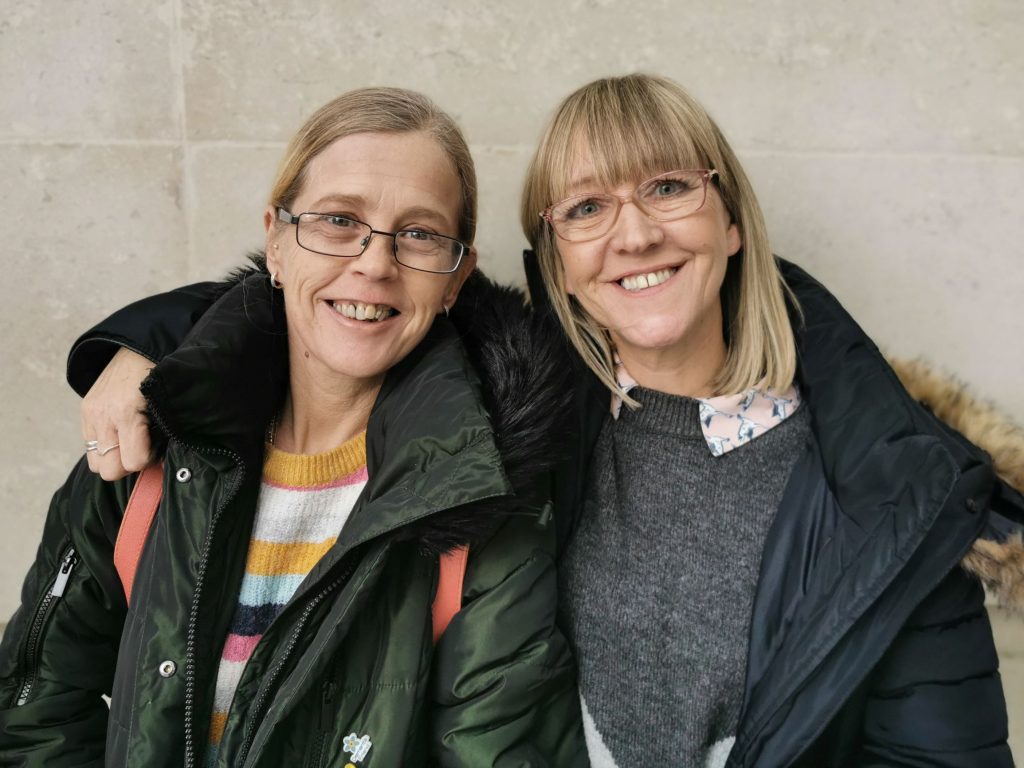 Mandy, the Bromley by Bow Centre’s engagement lead, and Sharon (left) our horticulturalist, have participated in a project that aims to capture the nation’s oral history.

Mandy and Sharon have known each other for over 25 years, ever since Sharon arrived as a new Mum to the area, feeling a little lost. Mandy encouraged her to volunteer at the Centre and the two soon became firm friends as well as key figures in the Bromley by Bow Centre community.

They have supported many people in the community, both as volunteers and employees of the Centre, and have also helped each other through challenging and exciting times in their lives; always sharing a wicked sense of humour.

The chemistry between the pair was noticed by the BBC during a filming project at the Centre and on 20th November 2019, they were invited to record a session for The Listening Project at London’s Broadcasting House.

The Listening Project aims to capture the nation in conversation and is a partnership between the BBC and the British Library.

From reports of the day, it’s hard to know who enjoyed the session more – Mandy and Sharon or the producer.

You can listen to their conversation here or tune into the omnibus from 3.50 minutes (the whole show is well worth a listen).

I’d like to get down to the Bromley by Bow Centre now, form an orderly queue everyone!

As a result of the Listening Project piece, Sharon and Mandy have been invited to record for Jo Good’s BBC radio London programme due to be recorded on Wednesday 19th February!