Bromley by Bow Centre and The National Theatre

For the second year, staff and visitors join the National Theatre for a production of Shakespeare’s As You Like It.

For the second year, staff and visitors join the National Theatre for a production of Shakespeare’s As You Like It

The Bromley by Bow Centre is proud to be taking part in a musical adaptation of William Shakespeare’s As You Like It at Queen’s Theatre Hornchurch in partnership with the National Theatre.

Following triumphant performances of Pericles at the National Theatre in summer 2018, the next Public Acts production of As You Like It starts rehearsals this week and will play from 24 – 27 August at the Queen’s Theatre Hornchurch, with Artistic Director, Douglas Rintoul directing this musical adaptation.

Forced from their homes, Orlando, Duke Senior, his daughter Rosalind and niece Celia, escape to the Forest of Arden, a fantastical place where all are welcomed and embraced. Lost amidst the trees, they find community and acceptance under the stars.

This UK premiere sees more than one hundred community members, professional actors, and performance groups from across London, come together for this magical tale of faithful friends, feuding families and lovers in disguise.

As You Like It is the second Public Acts production, the National Theatre’s new initiative to create extraordinary acts of theatre and community. The production forms part of a two-year partnership with the Bromley by Bow Centre and other organisations who deliver visionary work in their communities, together with theatre partner Queen’s Theatre Hornchurch.

Through Public Acts, members of the Bromley by Bow Centre have taken part in a bespoke programme including weekly workshops, theatre trips and opportunities for socialising and creating together, including performing in As You Like It.

“We are thrilled to be working again this year with Emily Lim and the National Theatre team and now also the Queen’s Theatre Hornchurch. The impact of the Public Acts programme on our participants and on our organisation has been extraordinary. The performance last year of Pericles was profoundly moving and reinforced our belief in the importance of participation in the arts for everyone, whatever their background or experience in life. We are all very excited about As You Like It, which promises to be as entertaining and inspiring as Pericles.” – Rob Trimble, CEO, Bromley by Bow Centre

The cast are having a great time rehearsing for their performances, starting at the end of August. 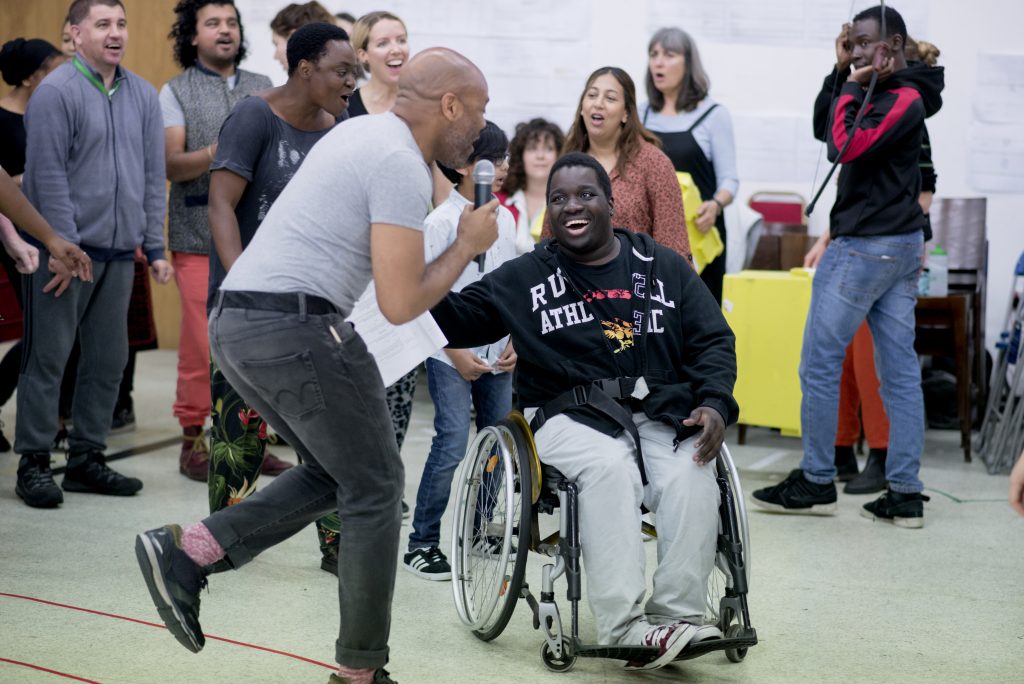 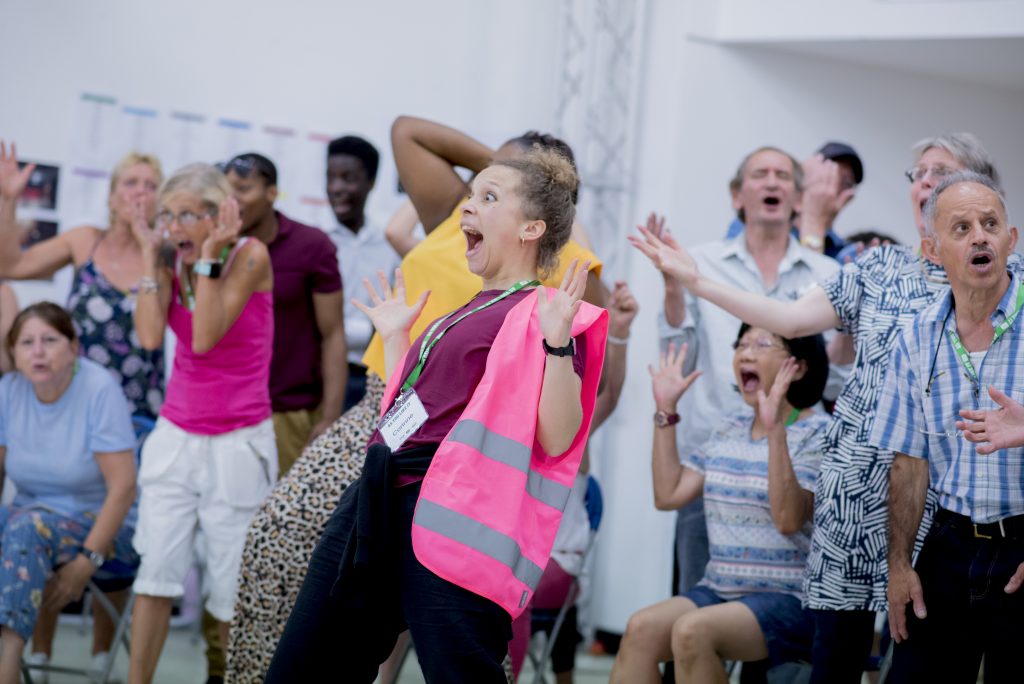 “The philosophy and depth of practice that have been pioneered by the Bromley by Bow Centre is as far sighted as it is simple. It is a rare and invaluable compass. It has already informed and invigorated our own belief system and working practice here at the National Theatre and is a profound inspiration.”