Year Here staged an impromptu event to draw attention to the dangerously high levels of air pollution in the borough. 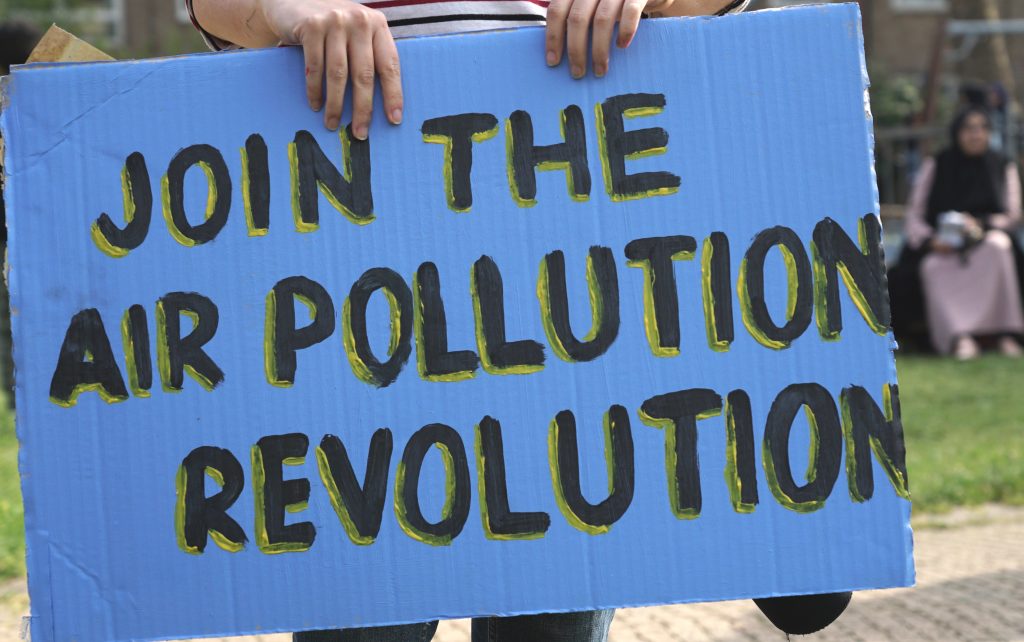 Last Thursday, fellows from the postgraduate course Year Here staged an impromptu event at the Bromley by Bow Centre to draw attention to the dangerously high levels of air pollution in the borough.

It was a challenging brief. Inspired by the Extinction Rebellion protests happening in London and internationally, they had just 24 hours to come up with the concept. The stunt also needed to involve the community and gain as much exposure as possible.

The result was The Breathless Olympics – a fun afternoon for all the family, with talks and activities informing local residents about the issues.

The sporting theme was based on the shocking statistic that children in Tower Hamlets have a 10% reduced lung capacity due to poor air quality. Pollution from busy roads and intensive developments are increasing the incidence of chronic disease and contributing to an estimated 9,000 premature deaths in London each year.

Speaking at the event was David Smith, founder of Little Ninja – a campaign to inform people about the risks of air pollution in the capital, especially those with children. As well as letting us know how we can challenge local councils to reduce pollution in the first place, David also gave the crowd his top tips to reduce the health risks associated with poor air quality. These include:

The event was a great success, with local MP Jim Fitzpatrick and Deputy Mayor Rachel Blake, in attendance, along with many local families.

What more can I do to fight air pollution?

By pressuring the government you can help improve the air we breathe in London.

Year Here is a postgraduate course offering fellows a year to test and build solutions to some of society’s toughest problems.

Read more about the Breathless Olympics in the Docklands and East London Advertiser.