Community restoration of our famous arch

The Duke of Gloucester visits Centre staff and teenage restorers

The Duke of Gloucester visited the Centre in October to thank local teenagers for restoring the arch outside the Bromley by Bow Centre.

The Duke was hosted by Charlie Holton, the Centre Facilities Manager who’s lived locally for most of his life and has worked at the Centre for over 25 years, including when the arch was moved to its current location.

Two of the restorers, Devon Fields from Custom House and Arnaud-William Mbaki from Beckton, were part of Proud Places, a three-year programme by the Heritage of London Trust helping young people build skills and support their community during lockdown.

The Jacobean arch was once part of Northumberland House which was demolished in 1874. Much of the stonework was sold off, but the arch was bought by George Rutty who owned a large house in Bromley-by-Bow. It was re-erected in 1998 on St Leonard’s Street as the entrance to the Bromley-By-Bow Centre. The arch is well-loved in the local community but has endured many years of pollution and weathering.

The Proud Places project aims to help young people take ownership of their local heritage and connect with their local area.

The Duke of Gloucester, the trust’s royal patron, while visiting the restored arch was impressed with how Devon and Arnaud-William have now become involved with the community. “It’s vital that our heritage finds its champions in future generations. This is important work.” he said. 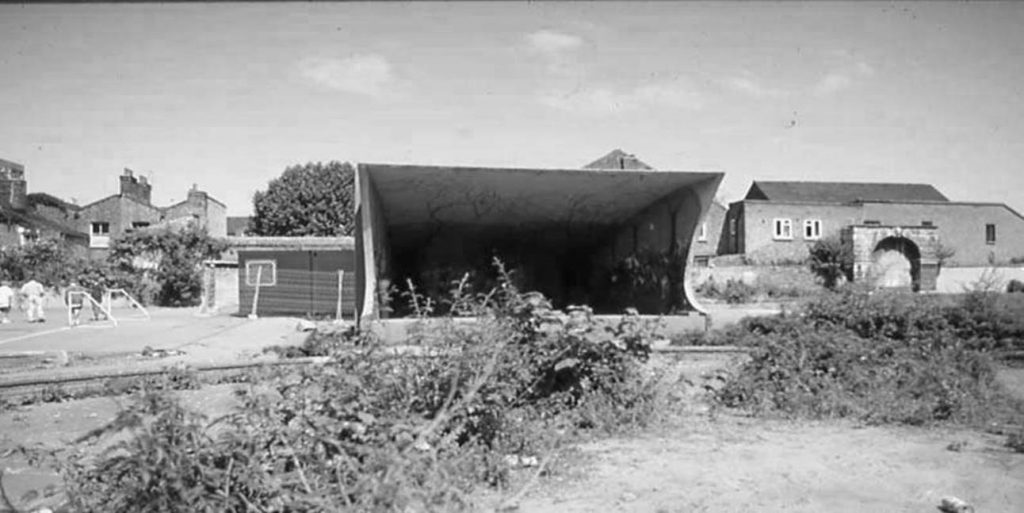 Above – The Arch in it’s original location.